Black Gums - Is Gum Discoloration Something To Be Worried About?

Why Do I Have Black Gums? Main Causes and Best Way to Treat It 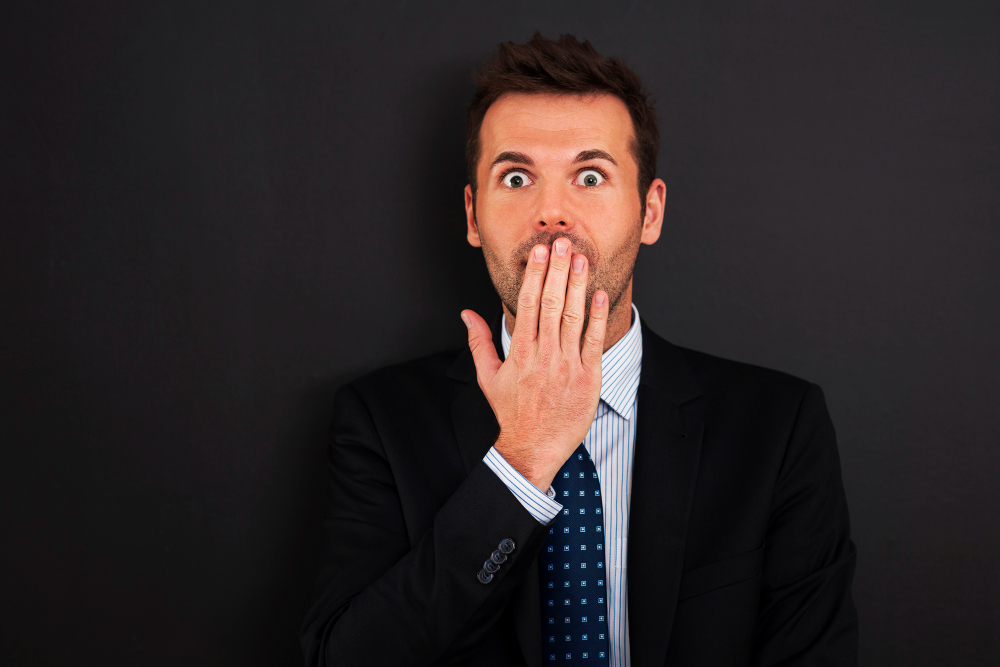 People who have been to the dentist’s at least once, probably know that gums are usually pink. However, every once in a while, they develop black or dark brown spots. There are a few things that may cause black gums, but, fortunately, most of them are not a cause for concern.

In some cases, black gums can indicate a more serious condition. Therefore, if a patient notices any dark spots on their gums, and those spots become painful or change in size, shape, or color, they should consult a dentist as soon as possible.

Understanding the usual causes of black spots on gums will help a patient decide whether or not they need to seek dental treatment or simply wait for their next dentist appointment.

That being said, here are the most important things patients should know about this dental condition.

If you notice a black stain on gums, make sure to remain calm. Even though it looks like a nasty condition, black colour in teeth gums usually doesn’t mean anything serious. You shouldn’t, however, be too nonchalant about it. Black gums can indicate that there are dental issues that need to be fixed.

Knowing the causes of black spots on gums will help a patient to assess their situation. Here are the most common black gum causes patients should be aware of. 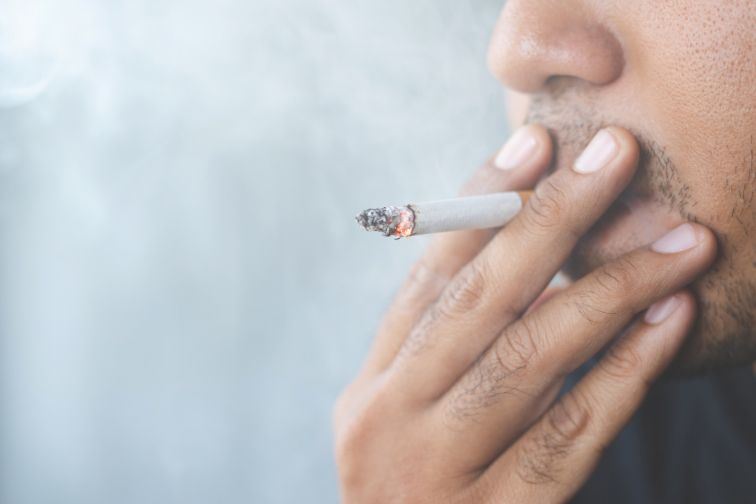 Patients who enjoy smoking should know that cigar smoke can cause discolored gums. This condition is known as smoker’s melanosis.

How exactly does this happen?

The human body has specialized cells called melanocytes. Those cells make melanin. The nicotine in tobacco can cause melanocytes to produce more melanin than usual. This is why plenty of smokers have black gums.

How to fix black gums from smoking? Well, that’s simple – quitting this habit can result in reduced gum discoloration. In other words, dark patches of color on the gums caused by smoking are reversible.

A person can injure their gums by falling on their face, eating something with sharp edges (like bones), and even brushing their teeth too hard. Bruises on the gums are, in most cases, dark, red, or purple. They can also be dark brown.

As is the case with other parts of the body, bruises on gums usually heal without the need for medical treatment. However, if a patient notices a lot of black spots on their gums, but they don’t recall that they had an injury, they should definitely consult a reputable dentist.

Black gums can indicate other medical conditions, like thrombocytopenia (a condition that makes it hard for a person’s blood to clot), for example.

If a patient notices a black spot on gums, this may simply be due to the fact that the body is producing a little bit more melanin than usual. Of course, this is not a cause for concern. However, if the spots start to change colour or shape, the patient should consult their dentist.

Patients who have had a cavity filled, may notice a bit of amalgam left on their gums. This can create a dark spot. Amalgam is used for dental fillings and sometimes these particles become lodged in the area around the filling, staining the soft tissue.

This is a harmless round mole that is either flat or slightly raised. When it comes to colour, blue nevus can be either black or blue. In most cases, it looks like a freckle on a patient’s gums.

Sadly, scientists and doctors are not quite sure what causes blue nevus, but they usually appear in the early stages of life. A lot of children and teenagers have these moles.

A dentist can usually diagnose a blue nevus just by looking at it. There’s no need for a biopsy. Also, most of the blue nevus moles don’t require treatment. However, if the mole starts to change shape, color, or size, a dentist will probably run some tests, to minimize the risk of cancer. 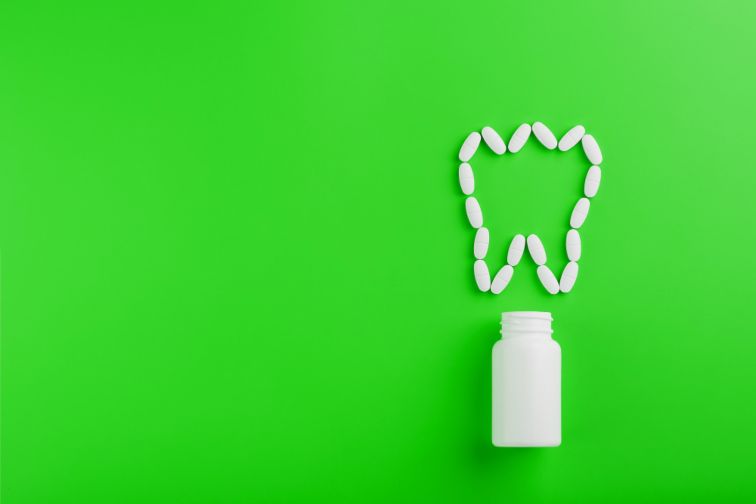 Taking some medication can also cause discoloration on a patient’s gums. For example, one of the side effects of Minocycline, a drug that is used to treat acne and some infections, such as chlamydia, is pigmentation or discoloration. This pigmentation can sometimes occur on teeth.

It has to be stated that oral health is not the only factor when it comes to teeth discolouration. Black gums are sometimes caused by various medical conditions. Here are the three diseases that cause this dental condition.

This disease affects the adrenal glands, which make a variety of hormones. The disorder prevents the glands from producing those hormones.

Here are some of the symptoms.

If Addison’s disease is not treated, a patient may experience darkened gums and lips.

Acute necrotizing ulcerative gingivitis is a gum infection. Some call it trench mouth. It causes fever, painful gums, and bad breath. This infection usually causes black or grey gums. The dark spots are caused by a layer of dead tissue that stays on the gums.

Peutz-Jeghers syndrome is a genetic disease that can increase the risk of polyps or cancer.

The early symptom patients should look out for is the appearance of dark blue or dark brown freckles. Those freckles usually appear on the skin of the fingers and toes, but they can also appear on the gums. 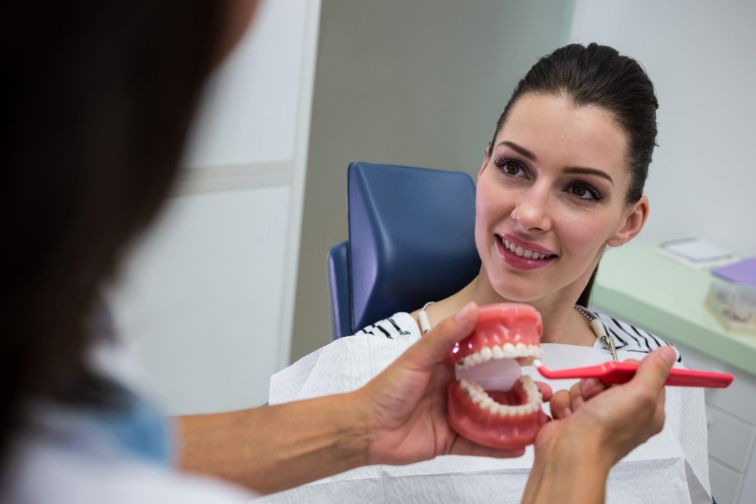 The good thing is that, in most cases, there is a way to treat black gums. However, the treatment depends on the cause. For example, conditions like gum infections or Addison’s disease usually require treatment with medication.

When it comes to dark spots caused by smoking, treatment is rather simple – a patient has to quit smoking and the dark spots will disappear after a while.

For those impatient folks, there is a treatment called gum bleaching. It is used to lighten the color of the gums. It should be stated, however, that bleaching can cause damage to gums. This is why this treatment should only be entrusted to reputable dentists.

How To Recognize A Urgent Dental Case And Deal With It

Why Do I Have Black Gums? Main Causes and Best Way to Treat It

Water Flossing – Main Benefits and How to Do It