What Is Condensing Osteitis 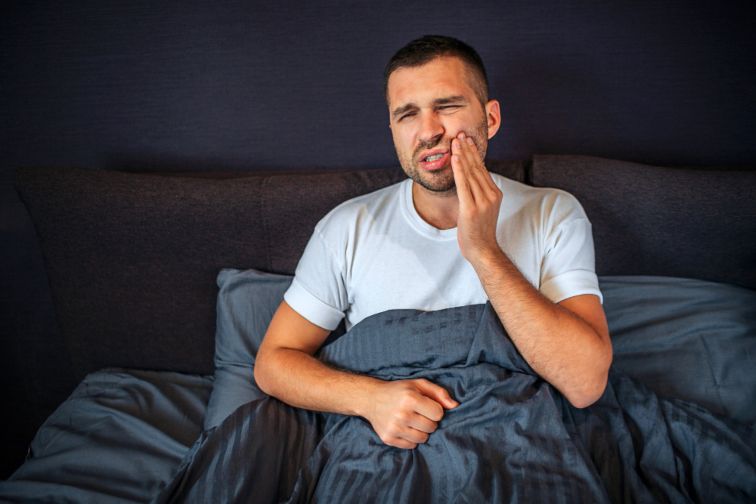 There are plenty of teeth-related issues people discover by chance, especially during regular visits to their dentists and one of those issues is definitely – condensing osteitis. This condition sounds and looks rather nasty. It consists of abnormal bone growth and lesions that may result from tooth inflammation and various infections.

The other name for this condition is focal sclerosing osteitis and it is known for causing harder, denser bones, which primarily affects molars in a patient’s jaw area.

However, a diagnosis of condensing osteitis may come as a surprise to a patient simply because there aren’t any noticeable symptoms associated with this condition. Also, dentists do not consider condensing osteitis to be a common disease. This illness is usually detected during regular dental checkup.

Sadly, this disease can harm a person’s teeth and if a dentist has determined that a patient has this condition, he or she should seek treatment as soon as possible to make sure the disease doesn’t damage their teeth.

That being said, here are some of the symptoms a patient should look out for in order to recognize condensing osteitis in time. 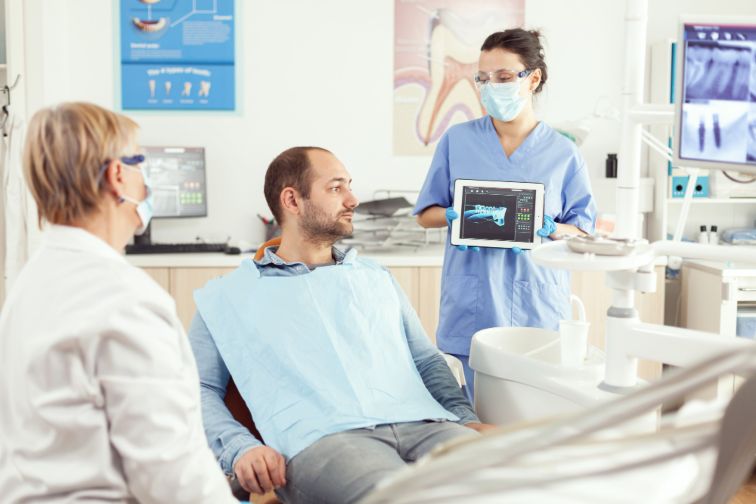 It’s been stated that this is a rather rare dental condition and that it usually doesn’t have noticeable symptoms. However, there are some signs a person may notice if they know what to look for.

The only two possible condensing osteitis symptoms are mild pain and irritation. However, those symptoms can also indicate other dental issues. Therefore, a patient shouldn’t assume that they have this disease simply because they feel mild pain in their teeth.

Most dentists claim that condensing osteitis is usually asymptomatic. This means it can only be detected during a dental exam with X-rays. A person who is visiting their dentist on a regular basis will definitely discover this condition in time.

It should be stated that condensing osteitis is basically marked by abnormal bone hardening. In most cases, the bone hardening is localized, rather than a widespread issue in the patient’s mouth. When it comes to the main causes of this dental condition, it’s safe to say that inflammation and infections are considered to be the main culprits of condensing osteitis. At least, this is the consensus among the esteemed dentists and dental experts.

However, there are other possible causes of condensing osteitis. For example, Pulpitis is one of the conditions linked to this dental disease. For those who are not aware of what Pulpitis is, it’s a disease that destroys the soft tissue inside the person’s teeth.

There are other possibilities, of course, like chronic, but mild inflammation of the root canal and various infections. All of those things can be signs of this dental condition, but they can also indicate other diseases. For a person to know for sure, it’s best that they visit a reputable dentist.

The statistics say that 4 to 7 percent of people are suffering from condensing osteitis also known as focal sclerosing osteitis. Dentists claim that young to older adults are the most affected by this disease. However, due to the fact that this dental condition usually doesn’t have any symptoms, it’s complicated to say for sure how many people are affected and their age group.

An interesting fact is that, while not a common condition itself, dentists consider condensing osteitis to be one of the most frequent forms of jaw lesions. This is why it’s important for people to visit their dentist regularly and whenever they feel mild pain or inflammation. 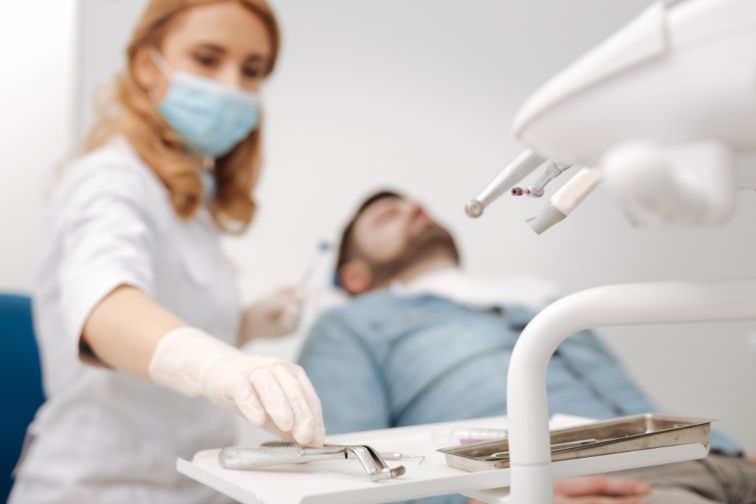 Like with many other dental issues, treatment for condensing osteitis depends on the underlying cause. Here are some of the options a dentist or endodontist may recommend to a person suffering from this dental condition.

The majority of reputable dentists have come to a conclusion that a root canal therapy can resolve the lesions issue, but, unfortunately, if the disease has caused damage to the pulp, that pulp can’t be restored.

There are plenty of condensing osteitis treatment methods a dentist can apply and they all work. This, of course, should come as a relief to the patients who suspect that they are suffering from this dental condition. However, the thing that makes condensing osteitis a complicated condition is the fact that it’s usually asymptomatic. In other words, most patients can’t detect it on their own.

This is exactly why visiting a dentist on a regular basis is paramount. Most of the condensing osteitis cases are discovered during random dental exams when a dentist uses an X-ray. If a person wants to discover this disease in time and prevent the damage of pulp tissue, they should visit their dentist at least once every six months. Those patients who feel pain or inflammation they can’t explain should report this to their dentist as soon as possible. This is the best and most responsible way for a person to treat their teeth.

What Are Dental Cysts and How to Treat Each Type

Gum disease and your overall health: Is there a connection?

Composite or Porcelain Veneers – Which One Is the Best For You?