Bulimia Teeth | What Are the Main Effects? | MGA Dental

What Can Bulimia Do to Your Teeth? 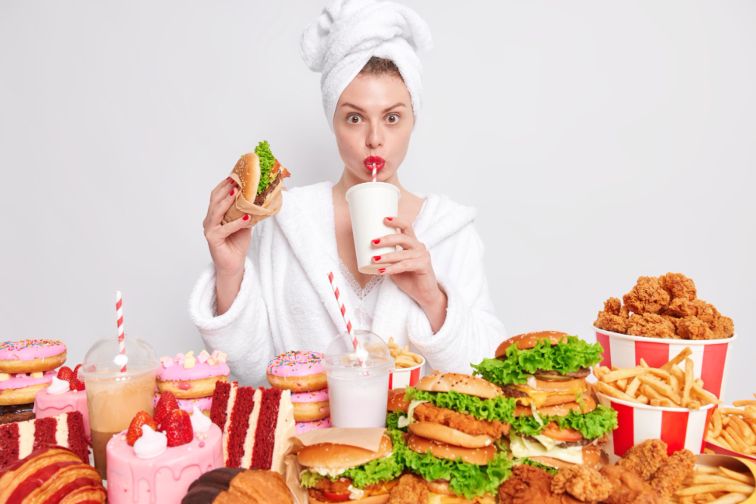 At first, it may not seem obvious that a psychiatric disorder can cause dental problems. Bulimia is known to cause serious medical and dental problems. It can have plenty of complications for your health, including tooth discoloration, rapid tooth decay, rapid weight loss etc. The first signs of bulimia are often spotted by dentists which is known as bulimia teeth.

Depending on your situation, you could have only cosmetic consequences on your teeth. Teeth aesthetics are very important for many people, so we recommend cosmetic dentistry if you are sure you don’t have any greater problems.

Bulimia nervosa is a very serious and potentially fatal eating disorder. Bulimia is an eating disorder where a person eats a large amount of food and then purges. Purging can include self-induced vomiting, laxative abuse, over-exercising or restricting food. Episodes of binge eating and purging are often followed with feelings of disgust and shame. Bulimia teeth aren’t only caused by binge eating itself, but purging as well. Bulimia can cause a lot of issues, both mental and physical. People with bulimia often dislike how they look, and this is the reason they continue with episodes of eating and purging, which is only worsened by the fact that their teeth start to look worse as well. If you suffer from bulimia you should seek treatment as soon as possible. 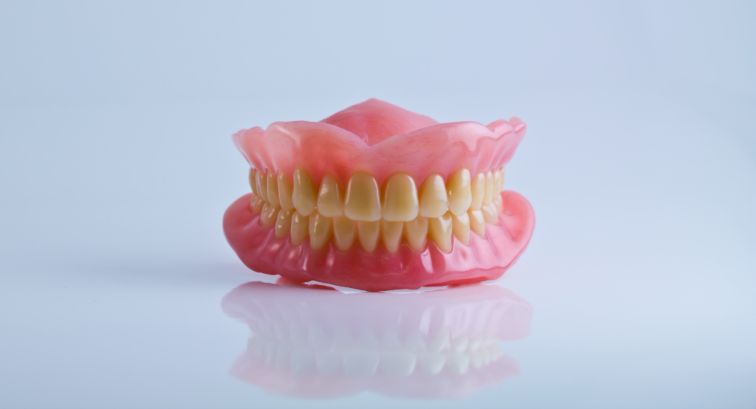 The effects of bulimia on teeth can have an array of complications, some of them can be cosmetic in nature, like chipped teeth or yellow teeth, while others require the replacement of the whole tooth or more teeth.

The stomach contains some of the harshest acids in the body. Repeated exposure to stomach acid can be very harmful for the teeth and the mouth. Purging through self-induced vomiting can cause erosion of the enamel and dentin, thinning your teeth and making them more sensitive and brittle.

Abusing laxatives can lead to dehydration. This affects the production of saliva, which is crucial in protecting teeth, dealing with bacteria and washing away food particles.

Effects on Mouth and Salivary Glands

Repeated vomiting can lead to dry mouth, irritation of the gums and sores on the angles of the lips. It can also lead to salivary gland infection, which causes enlargement of the salivary glands along the lower jawbone and in front of the ear.

Binge eating a lot of sugary food can increase the potential risk of cavities, regardless of whether or not the teeth are affected by purging. People whose teeth come into frequent contact with stomach acid are at an even higher risk of cavities.

As mentioned before, various effects of bulimia can lead to a lack of saliva. This is also known as dry mouth and it feels like your mouth is constantly parched. This can affect the way you eat because it changes the flavour of food, but more importantly it stops the protective nature of saliva. Without saliva your teeth are more prone to tooth decay because there isn’t anything to help combat the bacteria that saliva deals with, which can make tooth decay from bulimia even worse.

As the enamel on the teeth is lost, the second layer dentin is exposed. Dentin is a darker colour and texture than enamel, causing your teeth to look yellow and glassy. Dentin is also a softer tissue, which makes your teeth more brittle and prone to chipping if the enamel is lost.

Apart from eroding the teeth, stomach acid can also wear away the skin inside your mouth and throat, causing a burning pain, redness, mouth sores and even infections. 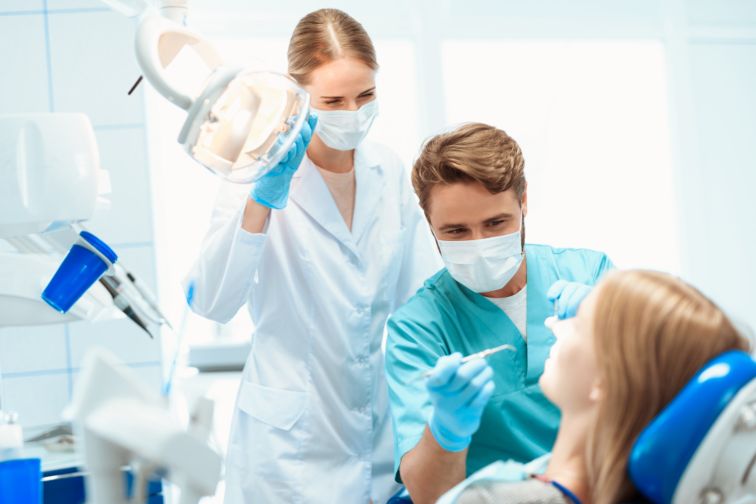 Bulimia teeth can be treated with dental interventions, but this is only a short term solution. If you suffer from bulimia you should seek treatment, to help you from continuing purging as a long term solution for bulimia teeth.

Dental crowns get their name from the fact that they are an artificial restoration that is put on the tip of a tooth, like a crown. When the tooth is eroded enough, it can be easily shaved to support a crown. Crowns don’t just strengthen your teeth but can also be used to improve appearance, shape or alignment. How long crowns last depends on how well you take care of them. The crown itself cannot decay, but the decay can start at the joint of the crown and the tooth.

If the erosion on the teeth is only aesthetic, veneers are a good solution. A veneer is a plastic or porcelain coating over the tooth. They are usually just used to fix the color and shape of a damaged tooth. Veneers also last as long as you take care of them, and having shiny white teeth that you get with veneers is an even greater reason to take care of your teeth.

Complications from bulimia can sometimes lead to so much damage that the best option is implants. An implant can be for a single tooth or for multiple teeth in a row. Implants are put by drilling a hole into the jawbone and fixing the implant with a titanium mount. A tooth can be replaced fully and permanently with implants.

Tooth filling is used when significant cavities form as a result of exposure to stomach acid or bacteria. Tooth fillings are used when a part of a tooth needs to be replaced, but not the whole tooth. Depending on which type of filling you get, it can last from 5 to 15 years.

How Antibiotics Work and Why They Help with Tooth Infections

How long can a dead tooth stay in your mouth?